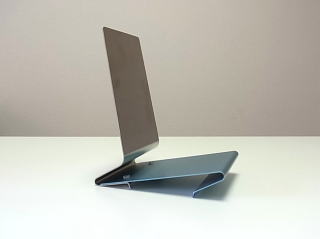 “Finish all food served”, “Drink a glass of water upon waking in the morning”, “Submit work two days before the deadline without fail”, and so on and so on.

These are the important creeds which I always keep in mind to carefully uphold as I lead my life.

These are things taught by my parents or, things which, during 45 years of life, I have discovered myself.

On top of these, among the things I am careful to do as I go about my work, there is something called “Make documents stand on the desk”.

If documents stand up they don’t take up space and the top of the desk can be used spaciously.

Since making up my mind that a desk is not a place to put things but a place to work, I have been determined to place documents and diaries standing on the desk.


Generally documents tend to be laid flat on the desk.

It is much, much easier to lay them flat than make them stand, so it is done without a second thought.

To stand a document up, firstly it needs to be put in a clear file and then, some further process is necessary such as inserting in a file box or on a bookshelf.

Probably, the bother of the large number of steps required to get a document to stand up is so troublesome that usually, I guess, documents inadvertently get dropped as they are to lay flat.

While it starts with a “Well, never mind” and placing the documents flat without giving it too much serious thought, this eventually leads to a mountain of documents.
Everyone knows that documents are better stood vertically.

So, if that’s the case, isn’t it better if documents can be stood vertically with all excessive steps eliminated as far as possible?

What looks like becoming a possible solution to achieving this is the “PANTA”. 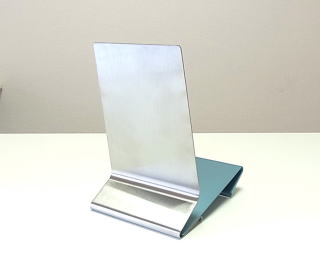 Previously it had been repeatedly said that it would go on sale shortly but now sales have officially started.

This “PANTA’s” distinct characteristic is its inclination of 12 degrees. 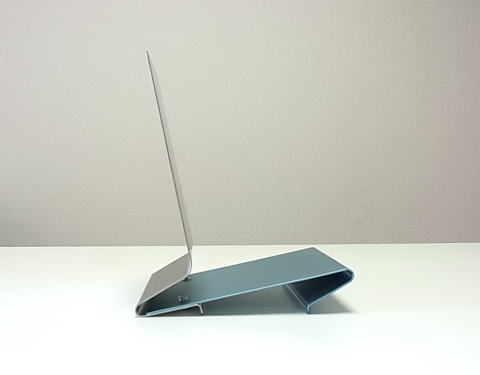 By means of this exquisite inclination, documents stand by themselves, as they are, without any need for clear folders.

An investigation of the slopes of ski fields shows that there are a number of places which have an average slope of 12 degrees.

When it comes to the ski slopes, 12 degrees seems ideal, not too steep and also not too gentle.

This is also applicable to the top of desks and, when we simply plonk this 12 degree PANTA on the usual flat surface of the desk, we do not feel any dimensional incongruity.


The product itself is made of metal and, by comparison, it is considerably heavier than ordinary bookends.

Bookends support books, and so forth, from both ends but in the case of PANTA the support is on one side only.

Presumably it must have been made this heavy to bear the weight.

Its own heaviness is supported by two feet and corners. 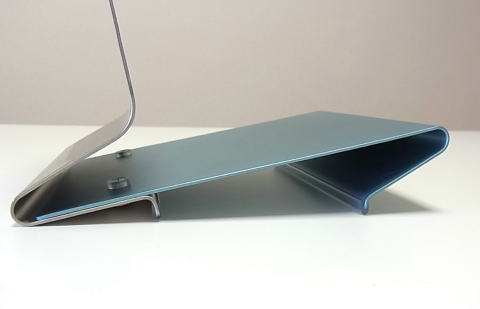 Having said ‘feet’, they are actually lines. 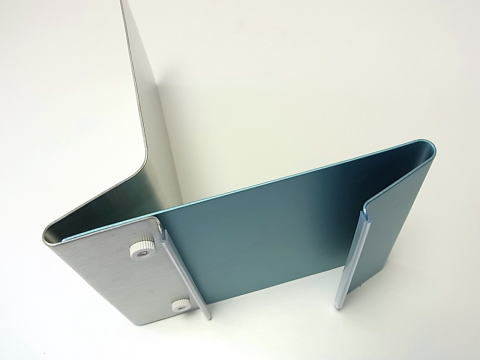 These feet have covers attached to prevent it moving freely and it is considered so as also not to scratch the desk.


Well then, let’s try standing various things on it.

When we stand books one by one, they fit into PANTA as if they are absorbed by it. 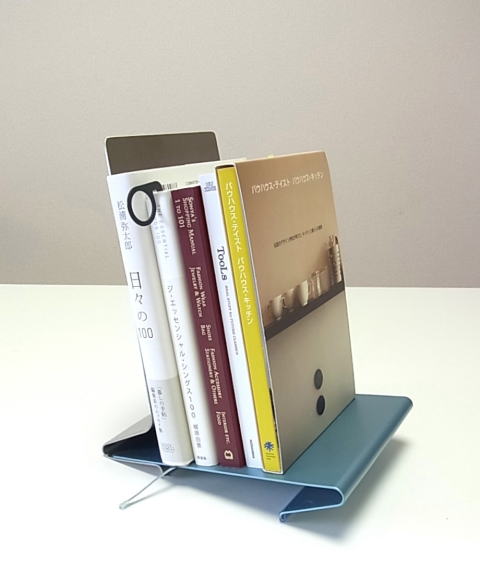 When I place books in bookends, I tend to cram them in with a certain sense of putting them there just for the time being, this is not the case with PANTA and there is the feeling that the books even want to settle into it. 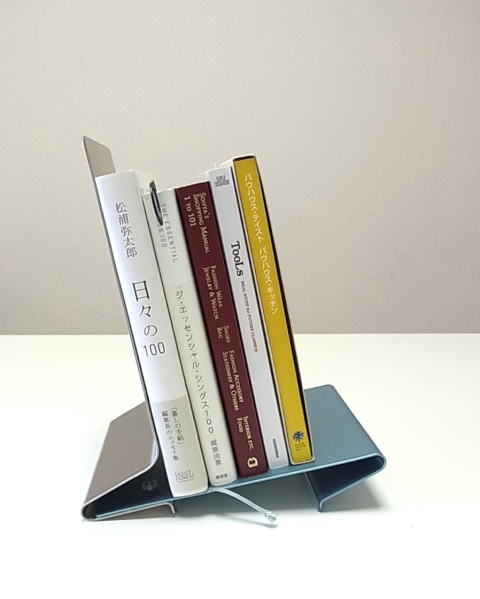 Next are clear files.

Standing several documents in clear files and trying to stand them, for the PANTA it is a piece of cake and it accommodates them with composure. 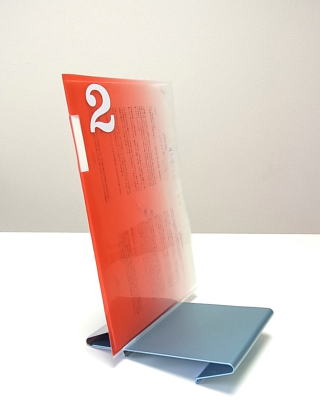 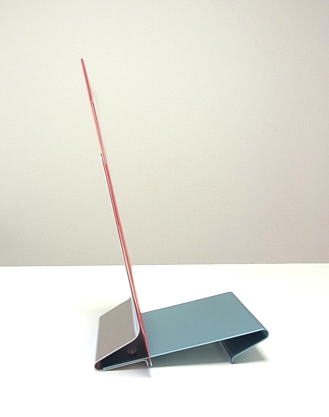 Then, thinking “How about this!”, I withdrew all the documents from inside the clear files and tried standing only the limp clear files.

To my surprise, the clear files which had been limp stood sharply straight. 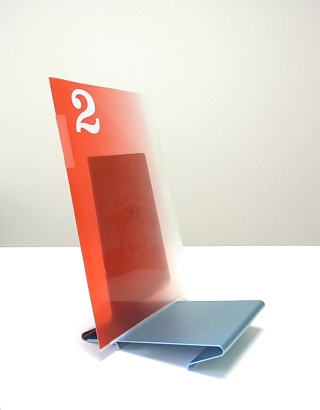 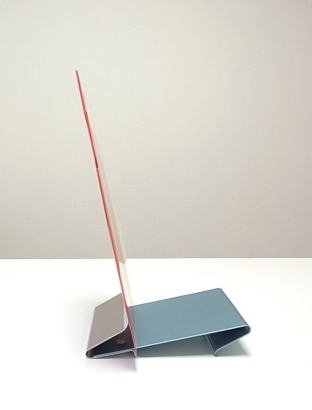 Probably, the supportive horizontal panel of PANTA, which has height of 70-80% of that of the clear files, is what makes them stand so sharply.

If this is the case, “How about this, then!”, I thought and this time I tried standing documents which were just two sheets of paper stapled together and found these too stood smoothly. 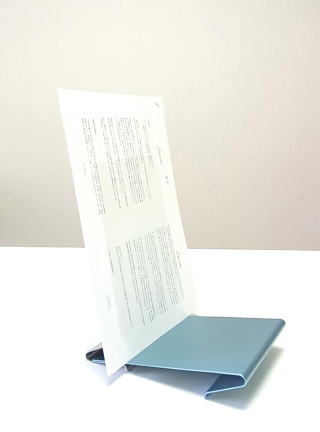 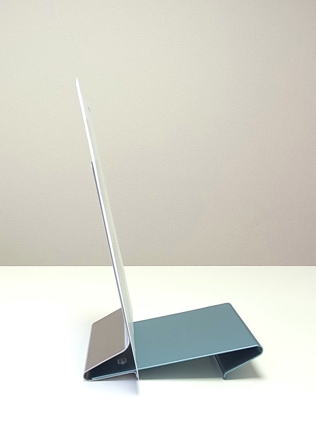 As I had by now become somewhat obstinate, I tried lastly with only a sheet of A4 size paper and it also stood itself. 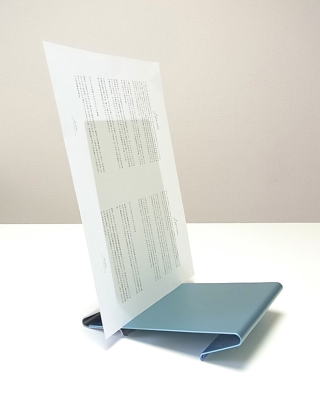 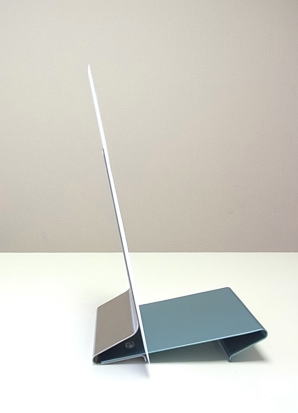 I was made fully aware of the wisdom in the 12 degrees.

However, the driving force that stands every single thing up by itself doesn’t just seem to be only this 12 degree incline.

If you run your fingers over the entire body of the PANTA, you realise that the feel of the material in the base part is different from the rest.

It feels a little coarse. 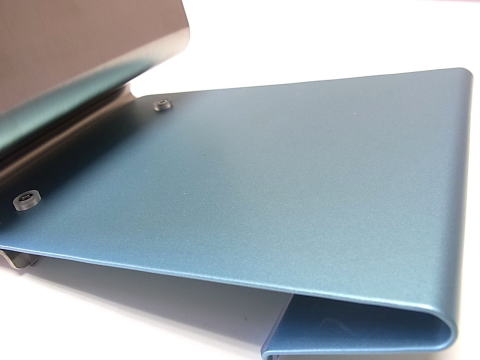 The PANTA holds the documents at an inclination of 12 degrees and, furthermore, the base part prevents the bottom of the documents from sliding on it.


Until now, I have used a chopping board stand for files and documents.

There were no problems with clear files and Manila folders, however, stapled A4 documents by themselves annoyed me a little since the top of the documents would bend down.

Seeing these bending down next to me when working hard, my enthusiasm towards work would also bend down.

This bothered me a lot.

I had wanted to be able to stand just paper documents and have them stand sharply by themselves without bending, so in this respect PANTA excels.

When this “PANTA” is brought into your work the practical application is experienced like this:

The documents that need to be dealt with that day, basically the “To Do” documents, are lined up in the order that they need to be attend to and put on the “PANTA”, then all that is left is to pick up the documents sequentially from the first one that is facing you. 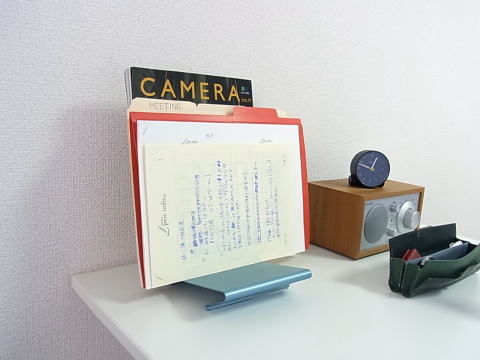 When you actually try placing the documents in a line, they simply stay in that condition of really just being lined up.

It can be called “open filing”.

For the time being, with this PANTA I think I’ll execute document control on my desk. 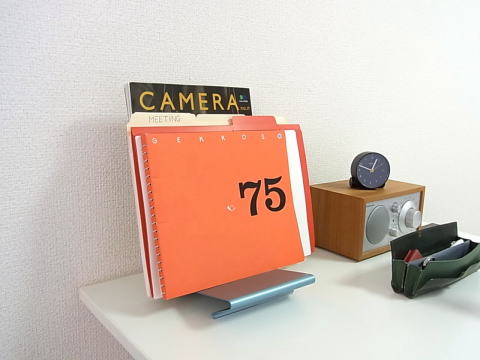 Although PANTA can stand documents alone sharply by themselves, placed horizontally they have greater stability.

Moreover, a sheet of paper can be placed standing only when it is directly set in PANTA.

If you place a book or something first and then place a sheet of paper next to it, perhaps because the supported area is reduced, the paper will sometimes bend.

Also, in the case of extremely thin sheets of paper, the pages may also bend over.

In this case, it would be better to place the pages in a clear folder.


The underside of the PANTA has a somewhat unique form.

In fact, there is a reason for this and it is so that two PANTAs can be connected. 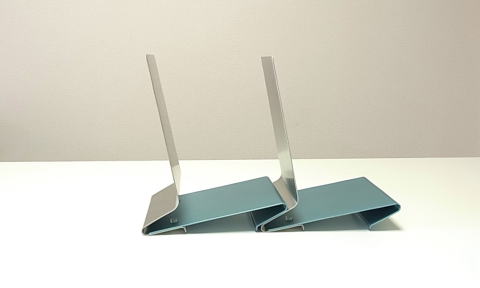 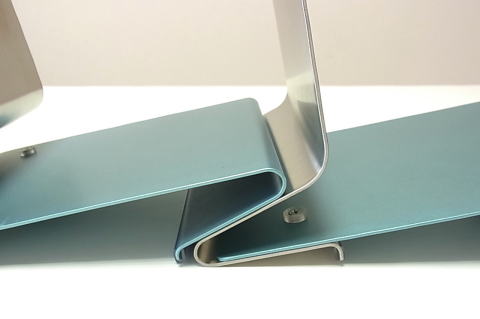 The 12 degree inclines line up rhythmically.


PANTA comes in a compact package and you assemble it yourself. 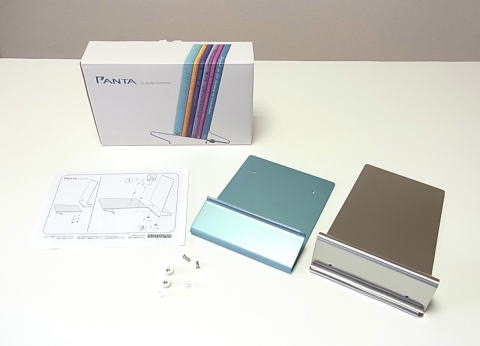