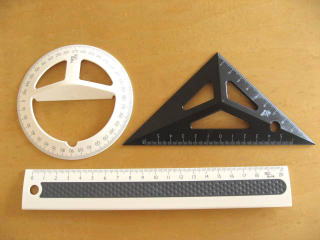 I was rambling around my favourite online shops on the Internet, enjoying window shopping, when a really captivating ruler appeared.

Even though usually I never even use a ruler, I bought the 20cm ruler, a set square and, what’s more, a protractor - which will probably never be used.
These rulers have an attractiveness that charms even a person who doesn’t use a ruler ? like me.


These are the 3L Office Products company’s ‘Griffit’ series of Drawing Instruments.

This was the first time that I had heard of the 3L Office Products brand.

According to an examination of the official website, it is a manufacturer of office supplies founded in Denmark in 1969, by the Ludvigsen brothers.

It seems to have triumphed at products for filing all sorts of things from documents, to photographs, ID cards, CD-ROM diskettes and so on.

All of the products, while simple, strongly impart a sense of design.

The ruler I picked up this time, too, is solidly equipped with the basics, such as the visibility of the numerals and so on, and, completed with an ‘alluring design’ that makes you, instinctively, want to pick it up in your hand and look at it. 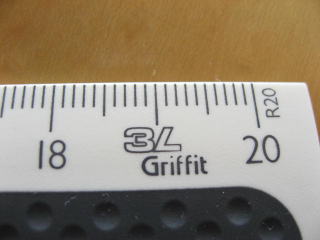 This is as it should be. Actually, these rulers are high performers that, in European design awards in 2004, won both the ‘IF Design Award’ and the ‘Red Dot Design Award’. 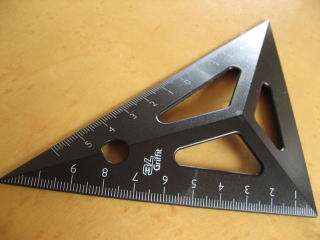 It may be because of familiarity with transparent rulers, but the chic black and off-white colours seem very fresh.

Also, the resin used in the body has a moderate condition halfway between smooth and rough that makes the surface very pleasant both to look at and to touch.

These three rulers have in common forms that, unlike general flat rulers, are 3 dimensional shapes.

The maximum advantage of this, it goes without saying, is the ease with which a ruler that has been put on a desk can be quickly picked up.

This is good news for anyone who has ever had a hard time trying to pick up a flat ruler that was stuck firmly to a desk. 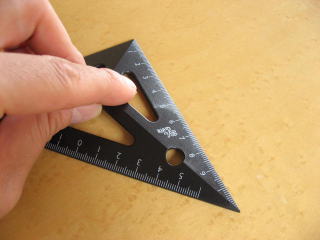 What’s more, in a show of real consideration, added to the 3 dimensional shape of the set square and the protractor, are three finger holes.


In regard to the set square and protractor, it can be said that, because using them requires that they move intensively lengthways, sideways and diagonally over paper, making them easy to grasp really helps. 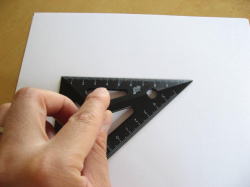 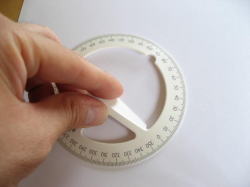 The shape of these holes, depending on how you look at them, can also make the rulers look like they are laughing or, on the contrary, miserable, and in the middle of all this seriousness the comical effect is delightful.

The other 20cm ruler also has special features in regard to how it is used.

In this case, instead of having the above mentioned kind of finger holes for gripping it has rubber inlaid on the surface. Moreover, on this rubber are spread what seem like very effective slip-preventing indented dots. 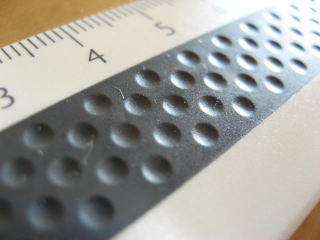 Unlike the intensive movements of the previous set square and protractor, this straight-edged ruler’s maximum function is to quickly draw a straight line in the space of a breath. 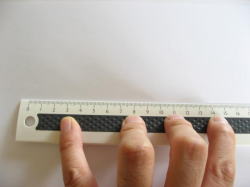 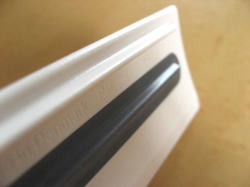 This rubber pad, if not pressed down firmly with the finger tips, will not touch the paper so usually you can slide the ruler smoothly over paper.

Speaking of the grip holes of the set square, and speaking of this rubber; it is possible to say that they are made hitting the right points for the usage of rulers.


Also, as a part of the particular consideration found only in rulers of exceptional design, holes have been organised for hanging on hooks on the wall.

Perhaps the ideas was that, instead of shutting these beautiful forms in a desk draw, they could be hung on the wall and enjoyed. 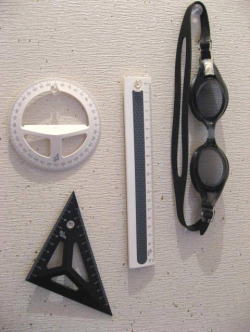 For the purposes of ruling lines and measuring, very serious thought has been put into the 3L company’s rulers. Knowing now one example of the special care taken by the 3L company I have started to feel that I want to see more of the 3L company’s other products.